Marmalade Game Studio’s best-selling digital board game, THE GAME OF LIFE 2, is coming soon to PlayStation. Players who buy the Season Pass or Complete Collection will save up to 65% and get a FREE exclusive Gamer Peg Outfit

PlayStation 4 owners will be able to enjoy cross-platform multiplayer, so they can play with their friends and family who already have the game on the App Store, Google Play, PC or Nintendo Switch

The best-selling life simulation game, The Game of Life 2, will be on PlayStation 4 for the first time ever. Register your interest now and be the first to find out more!

Digital board game experts, Marmalade Game Studio, are releasing The Game of Life 2 on PlayStation this Spring in response to huge demand. More than 3.5 million players have already downloaded the game on mobile, PC and Nintendo Switch, and it’s also received over 316 million views on YouTube and Twitch.

The Game of Life 2 follows Hasbro’s classic and much-loved board game, The Game Of Life, which was originally introduced in the 1960s. Offering more choices and more freedom, the game takes players on a bright, fun multiplayer adventure that’s perfect to enjoy with family and friends.

All Marmalade Game Studio games support cross-platform multiplayer. This allows those on PlayStation to join their friends on mobile, PC and Nintendo Switch. And there are multiple modes including: Open Online Multiplayer, Private Online Multiplayer, Offline Local Multiplayer and Offline Single Player.

Just as in the original board game published in 1960, players in The Game of Life 2 hop in their vehicle, spin the spinner, and set off on their life adventure. However, in the sequel, new choices and crossroads have been added to reflect modern life.

Players can get married early, late, or not at all. They can have children or adopt a pet, choose both or neither. They can play as the Pink, Blue or new Purple peg. And the jobs on offer include modern careers such as a Vlogger or Wind Turbine Engineer.

Players can retire to a luxury retirement home at the end of the game, or continue their journey and fulfil their bucket list. Accumulating wealth is no longer the only way to win, players can earn points for Knowledge and Happiness too. And thanks to the additional crossroad moment, they can leave important decisions until later in the game.

Michael Willis, CO-CEO of Marmalade Game Studio, said: “Demand to launch The Game of Life 2 on PlayStation has been huge and we’re excited to confirm it’s coming soon to this popular platform. At Marmalade Game Studio we aim to bring people together through games and we can’t wait for people on PlayStation to spend time with friends and family playing on mobile, Nintendo Switch and PC, when the game goes live this Spring.”

The Game of Life 2 is just one of Marmalade Game Studio’s roster of high-quality adaptations of beloved Hasbro board games, including Monopoly, Clue/Cluedo, Battleship and the original The Game of Life.

Hasbro’s Richard Cleveland, Vice President of Licensed Digital Gaming said: “Hasbro aims to deliver amazing brand experiences across platforms, building and growing brand connections through play and entertainment. That’s why we’re so pleased with Marmalade Game Studio’s efforts to extend the reach of one of our beloved brands with the introduction of The Game of Life 2 for PlayStation. As part of Hasbro’s Brand Blueprint strategy, we are always looking to excite our consumers and create new connections and experiences for our fans around the world. The move to PlayStation for The Game of Life 2 is another spectacular milestone in Hasbro’s strive to inspire new possibilities.”

THE GAME OF LIFE 2 is coming soon to PlayStation 4 priced $29.99/€29.99/£24.99. Register your interest now for your launch notification. Receive the FREE Gamer Peg Outfit with the Complete Collection and Season Pass, exclusive to PlayStation players. 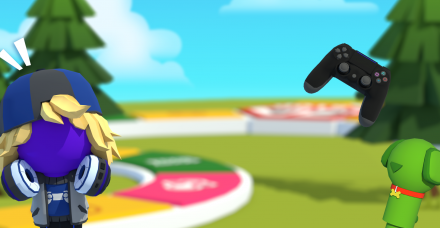