BATTLESHIP is a tactical deduction game by Hasbro, Inc. (NASDAQ: HAS), a global play and entertainment company. The goal is to pick your coordinates, fire your missile and sink your opponent’s fleet before they sink yours. Play the original BATTLESHIP game in Classic mode or assail your opponent with airstrikes, torpedoes and bombardments in the new Commanders mode designed specifically for the digital adaptation.

Cristina Mereuta, COO of Marmalade Game Studio, said: “We love to take classic board games and enhance them with new features which are only possible in a digital game. We’re very proud of what BATTLESHIP has become and it makes an excellent second addition to the collection we are creating on Nintendo Switch following the success of our first release CLUE / CLUEDO in 2018.”

BATTLESHIP’s Commanders mode has enhanced gameplay with new abilities such as placing a mine or using sonar to scan for enemy ships. The game also features unlockable commanders and locations inspired by historical and mythological naval battles, such as Euryleia, the Amazonian Commander and Colossus Bay.

The Nintendo Switch version supports single-player mode, online multiplayer against friends or the world and local multiplayer with the help of the Battle Grid companion app available for free on iOS and Android devices.

Rich Cleveland, VP of Marketing, Digital Media for Hasbro Gaming, said “Marmalade Game Studio has reimagined BATTLESHIP while staying faithful to the original and we look forward to seeing this iconic game come to life in a unique way on Nintendo Switch.”

BATTLESHIP will be available on the Nintendo eShop. The game will go into pre-order with a 10% discount on the 10th of July 2019, with a worldwide release on the 24th of July 2019.

Hasbro (NASDAQ: HAS) is a global play and entertainment company committed to Creating the World’s Best Play Experiences. From toys and games to television, movies, digital gaming, and consumer products, Hasbro offers a variety of ways for audiences to experience its iconic brands, including NERF, MY LITTLE PONY, TRANSFORMERS, PLAY-DOH, MONOPOLY, BABY ALIVE, and MAGIC: THE GATHERING, as well as premier partner brands. Through its entertainment labels, Allspark Pictures, and Allspark Animation, the Company is building its brands globally through great storytelling and content on all screens. Hasbro is committed to making the world a better place for children and their families through corporate social responsibility and philanthropy. Hasbro ranked No. 13 on the 2019 100 Best Corporate Citizens list by CR Magazine, and has been named one of the World’s Most Ethical Companies® by Ethisphere Institute for the past eight years. Learn more at www.hasbro.com, and follow us on Twitter (@Hasbro) and Instagram (@Hasbro).

Sleuth to victory against family and friends

Take a break with THE GAME OF LIFE Vacations
Next Article 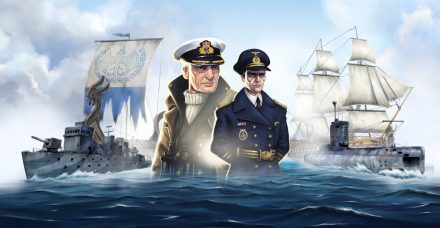