Have you witnessed, or been guilty of, a MONOPOLY-related outburst?

Text SORE LOSER to 80800 to enter MONOPOLY’s Sore Losers Small Claims Fund! *
You could receive £20 reimbursement AND the new board game!

Hasbro’s MONOPOLY game is a family favourite the world over, with both the traditional board game and our digital adaptation for mobile and tablet. It brings the competitive fun of a ruthless property market into our homes, so that everyone can be a tycoon. However, it can also bring out the worst in us.

A poll of 2,000 British people revealed just how much bad behaviour is going on. In fact, a shocking 92% of players have first-hand experience of a sore loser within their own family, and that’s not all:

You could be in with a chance of receiving £20 reimbursement for damages if you’re guilty of, or have witnessed, the following behaviours while playing the digital game on mobile or tablet:

Not only could you be in with the chance of winning £20, but winners will also receive a brand new, Sore Losers edition of the MONOPOLY game!

Louisa Parast, Marketing Director at Hasbro UK and Ireland said:
“MONOPOLY for Sore Losers game is the latest edition of the iconic board game, which turns losing on its head. For once players will actually want to land on useless spaces, pay taxes and rent, and even go to Jail, because they’ll collect Sore Loser coins. Get four Sore Loser coins and cash them in for the Mr. MONOPOLY token that lets players “stomp”around the board collecting money instead of paying out!”

This hilarious new version of the game could be the answer to temper tantrums nationwide!

Text SORE LOSER to 80800 to enter your claim and tell your story.
You could be in with the chance of receiving £20 reimbursement for damages AND the brand new MONOPOLY Sore Losers edition!

Christmas is saved: How to play board games while staying safe!
Next Article 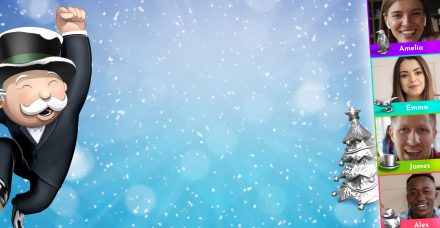 Bonjour! And welcome to the newest MONOPOLY theme from Marmalade Game Studio! Enjoy summer to the fullest with the new…