Marmalade Game Studio and Hasbro are delighted to announce MONOPOLY Sudoku! A brand new Sudoku experience with a MONOPOLY twist!

Players can pre-order the new title via the Apple App Store and the Google Play Store starting today! The game will be available to download on iOS and Android on 23rd September 2020.

In MONOPOLY Sudoku, Mr MONOPOLY invites players to prove their Sudoku prowess in multiplayer matches against friends, family members and distant opponents. There’s a broad range of puzzles to entice and challenge every player, whether they’re familiar with Sudoku or not!

MONOPOLY Sudoku is fun for new and experienced players. There’s a Sudoku School with technique tutorials, single player Practice Mode, and seasonal championships that regularly reset, allowing every player a chance to rise to the top!

In this Sudoku game, players get a chance to work their way along the iconic MONOPOLY game board. By completing multiplayer matches, they level-up and earn dice rolls, unlocking tokens and avatars along the way and showing off their progress!

Cristina Mereuta, COO at Marmalade Game Studio, said: “We love the friendly competition of the MONOPOLY game and the calm logic of Sudoku. By combining the two we have created a brand new game experience! At Marmalade we are proud to make multiplayer games that bring people together. This Sudoku game has a MONOPOLY twist that can be enjoyed by all players, together, wherever they are!”

Just like all games by Marmalade Game Studio, MONOPOLY Sudoku is a premium experience. There are no pay-to-win mechanics or adverts, so players can enjoy pure, uninterrupted Sudoku bliss with their friends and family. It’s a game that can be picked up and played at any time, whether waiting for the bus, between meetings, or on lunch break.

With MONOPOLY Sudoku, Marmalade has brought this classic brain teaser puzzle to new and experienced players of all ages. It’s a premium-quality mobile gaming experience to be enjoyed by all!
MONOPOLY Sudoku will be available to preorder starting today, September 2nd on both the iOS App Store and Android’s Google Play store, priced $3.99 / £3.99 / €4.49, and will launch in full on September 23rd.

More Choices & Freedom Await in THE GAME OF LIFE 2, Out Now on Mobile! 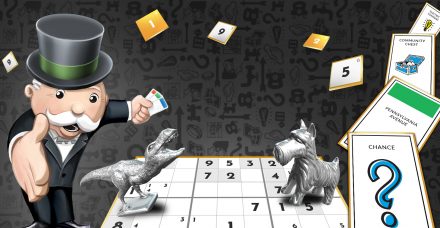 Marmalade Game Studio’s best-selling digital board game, THE GAME OF LIFE 2, is coming soon to Steam, add to your…

A reinvented iOS and Android sequel to one of the most famous board games of all time. Marmalade Game Studio…