The Egyptian Adventure theme is available for CLUE/CLUEDO on Nintendo Switch, Steam, iOS and Android

CLUE/CLUEDO is the classic murder mystery game by Hasbro, Inc., which has been a staple in many households since the 1950s. The aim of the game is to find out who committed the heinous murder of Mr Boddy/Dr Black, with which weapon and in which room. The first player who deduces the correct answer wins the game.

The new theme, Egyptian Adventure, is Marmalade Game Studio’s ninth theme for CLUE/CLUEDO. It references murder mystery stories popular in the 1920s and 1930s and pays a special tribute to Agatha Christie’s “Death on the Nile”, as well as the classic Indiana Jones adventure films. Players have a chance to experience the wonders of Egypt from the comfort of their living room while searching for clues and solving the murder of Mr Boddy/Dr Black.

Cristina Mereuta, Marmalade’s COO said: “We chose the archaeological digs of early 20th century Egypt because they provide a striking backdrop for a murder mystery and give us a chance to explore a diverse group of captivating suspects with conflicting agendas. We’re over the moon with the result and can’t wait to share it with our detectives.”

In Egyptian Adventure, players get a new board with nine new Egypt-themed locations, such as the famous Sphinx, the traditional Egyptian market, and the Pharaoh’s tomb, as well as corresponding weapons. Also featured is a motley collection of six new suspects, including Scarlett featuring as an Aviator, Mustard featuring as Egyptian Royalty, Peacock as a wayward Priestess, and for the first time in the digital version, the illustrious Mrs Meadow-Brook.

Egyptian Adventure is the latest instalment in a series of well-loved themes such as Venetian Masquerade, which takes players to the canals of Venice, and, most recently, the Sherlock Holmes theme in which players can play as the famous master-detective and his sidekick Dr Watson.

Hasbro (NASDAQ: HAS) is a global play and entertainment company committed to Creating the World’s Best Play Experiences. From toys and games to television, movies, digital gaming and consumer products, Hasbro offers a variety of ways for audiences to experience its iconic brands, including NERF, MY LITTLE PONY, TRANSFORMERS, PLAY-DOH, MONOPOLY, BABY ALIVE,MAGIC: THE GATHERING and POWER RANGERS, as well as premier partner brands. Through its entertainment labels, Allspark Pictures and Allspark Animation, the Company is building its brands globally through great storytelling and content on all screens. Hasbro is committed to making the world a better place for children and their families through corporate social responsibility and philanthropy. Hasbro ranked No. 13 on the 2019 100 Best Corporate Citizens list by CR Magazine, and has been named one of the World’s Most Ethical Companies® by Ethisphere Institute for the past eight years. Learn more at www.hasbro.com, and follow us on Twitter (@Hasbro) and Instagram (@Hasbro).

Take a break with THE GAME OF LIFE Vacations

Play MONOPOLY today on iOS and Android devices
Next Article 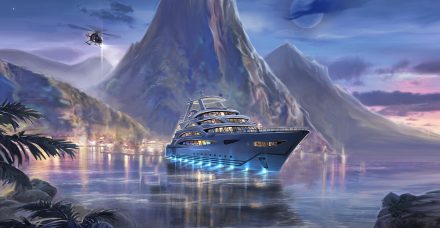 Marmalade Game Studio whisks players away on a wonderful Tropical Mystery, in the tenth theme for CLUE/CLUEDO on iOS, Android,…

The local multiplayer update releases on Nintendo Switch and Steam WHO’s the best consulting detective in the room? Find out… 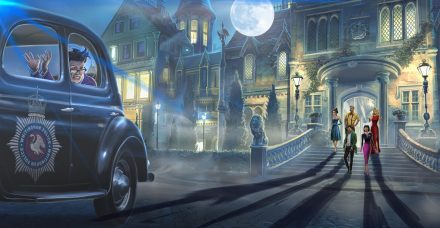 If you know what you’re doing, taking notes in CLUE/CLUEDO can lead to a quick win. It takes practice, but…