Marmalade Game Studio and Hasbro Inc are proud to announce the launch of THE GAME OF LIFE 2 – available now on iOS and Android!

THE GAME OF LIFE 2 gives the player more choices and more freedom, offering a contemporary spin on the original game. Now players can approach the game in different ways, with brand new life achievements to aim for and more ways to succeed than ever before!

Marmalade brought Hasbro’s family favourite, THE GAME OF LIFE, to mobile devices in 2016. Now 4 years later, the studio has created a brilliant, up-to-date sequel for a whole new generation of players!

Players can pursue their preferred goals, whether they lie in wealth, happiness or knowledge! Along the way, important crossroads come up that can change the course of their life path completely. These include whether or not to get married, raise children, adopt pets or go back to school. All of this takes place in a smart city with an eco-infrastructure more in keeping with today’s fast-changing world.

For the first time ever, players will have the chance to retire as a famous pop star with 6 dogs and a huge pool, or a brain surgeon with 3 kids and 4 masters degrees. Whether they’re in it for the millions or the good times, all goals are valid in THE GAME OF LIFE 2!

In addition, players can customize their experience with new peg colors as well as choose outfits and vehicles unlocked by new in-game milestones. THE GAME OF LIFE 2 comes with many reasons to keep playing.

Marmalade Game Studio brings the fun of board games to everyone, whether they’re together or apart. Players under the same roof can enjoy pass & play mode, on a single device, no wifi required! While those wanting to play with distant friends and loved ones can with private online multiplayer.

Playing solo is just as fun, with a single player mode featuring Marmalade’s finely-tuned AI opponents. Single players can also join online multiplayer games with opponents from around the world in a safe and family-friendly game environment.

THE GAME OF LIFE 2 is a fantastic addition to Marmalade Game Studio’s hugely successful adaptations of Hasbro family favourites, including MONOPOLY, CLUE/CLUEDO, BATTLESHIP and THE GAME OF LIFE.

Cristina Mereuta, COO of Marmalade Game Studio, said: “We are confident that both existing fans and new players will enjoy the added choices and freedom in THE GAME OF LIFE 2. Creating a sequel is always exciting, and we took the opportunity to bring THE GAME OF LIFE up-to-date, expanding on the classic life-paths and options. As a result THE GAME OF LIFE 2 is bursting with new features, while maintaining the classic gameplay style that we all know and love!”

Richard Cleveland, Vice President of Digital Gaming at Hasbro said: “Marmalade Game Studio has worked hard to give THE GAME OF LIFE a new, contemporary sequel that we are sure our fans will enjoy. It was important to us that the iconic gameplay was preserved, and they have managed to add a wealth of new features to the classic to create a game that has a lot to offer!”

About Hasbro Hasbro (NASDAQ: HAS) is a global play and entertainment company committed to Creating the World’s Best Play and Entertainment Experiences. From toys, games and consumer products to television, movies, digital gaming, live action, music, and virtual reality experiences, Hasbro connects to global audiences by bringing to life great innovations, stories and brands across established and inventive platforms.  Hasbro’s iconic brands include NERF, MAGIC: THE GATHERING, MY LITTLE PONY, TRANSFORMERS, PLAY-DOH, MONOPOLY, BABY ALIVE, POWER RANGERS, PEPPA PIG and PJ MASKS, as well as premier partner brands. Through its global entertainment studio, eOne, Hasbro is building its brands globally through great storytelling and content on all screens. Hasbro is committed to making the world a better place for all children and all families through corporate social responsibility and philanthropy. Hasbro ranked among the 2020 100 Best Corporate Citizens by 3BL Media and has been named one of the World’s Most Ethical Companies® by Ethisphere Institute for the past nine years. We routinely share important business and brand updates on our Investor Relations website, Newsroom and social channels (@Hasbro on Twitter and Instagram.)

Mr MONOPOLY is inviting players to compete in global Sudoku championships!
Next Article 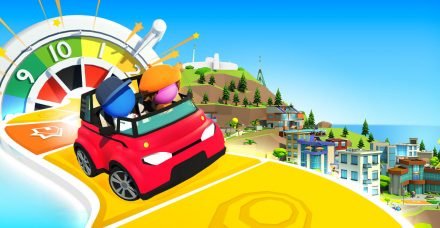